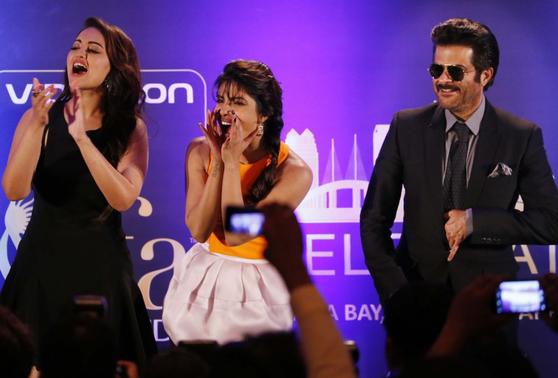 TAMPA, Florida (Reuters) – Celebrities and dignitaries from India and the United States descended on Florida this week for the “Bollywood Oscars,” an awards event making its first-ever U.S. stop with the aim of creating deeper ties between the two countries.

The International Indian Film Academy’s awards show set for Saturday has been compared to the Super Bowl in terms of its security needs, traffic management and planning. But its expected worldwide viewership of 800 million far surpasses the championship American football game’s 111.5 million viewers on average in 2014.

The film academy’s choice of Tampa, home to Florida’s third-largest South Asian community, to host its first U.S.-based awards show in the event’s 15-year history came as a happy surprise to some fans.

“I jumped out of my seat,” said Rubia Qureshi, 22, a local resident who grew up watching Bollywood films, known for their distinctive and elaborate song-and-dance performances. “I’m the biggest fan.”

Qureshi and her mother, who is of Pakistani heritage, joined hundreds of others eager to snap photos of movie stars as they arrived at the Tampa airport and walked the industry’s signature green carpet. Fans were so excited at the arrival of actress Deepika Padukone on Wednesday that they knocked over a security barrier.

Other celebrities taking part in the event include American actors John Travolta and Kevin Spacey as well as India’s Anil Kapoor, best known to U.S. audiences for his 2008 role in “Slumdog Millionaire,” and Shah Rukh Khan, an actor who has more than 7.4 million followers on Twitter.

The star sightings have created a buzz, but perhaps more exciting to local officials is the potential economic impact of hosting the awards as well as the prospect of building stronger business, cultural and tourism ties with India.

This week’s event is expected to bring 30,000 visitors and $11 million in revenue, organizers said. It also will lay the groundwork for longer-term opportunities with business owners who attend, said Tampa cardiologist Kiran Patel, the event’s biggest private backer.

“Ultimately this is not a four-day event,” said Tampa Mayor Bob Buckhorn. “This is a multi-decade relationship.”

The $2 billion Indian film industry has a wide global reach and produces more movies each year than Hollywood, though the U.S. film industry generates five times more revenue, according to the Tampa Bay Times.

The film academy’s decision to come to the United States, and particularly Tampa, is credited in part to the strength of the city’s Indian-American community, which numbers more than 23,500 people.

The effects of the community’s organization and growth can be seen throughout the Tampa Bay area where several large movie houses show Bollywood films. Indian restaurants and grocery stores are common, weekly cricket games are held at county parks and nearly a dozen Indian temples dot the area.

The film academy’s kickoff event on Wednesday night drew as many as 8,000 people to a downtown park, 40 percent of whom were not of Indian heritage, the mayor said. There they got a taste of the rich culture as deejays spun Indian music and local Bollywood-style dance troupes performed.

Kapoor said connections have grown wherever he has traveled for the Indian awards show, and he predicted the same result for the countries with the world’s two biggest film industries.

“It bridges the gap which has been between Hollywood and Bollywood,” he said. 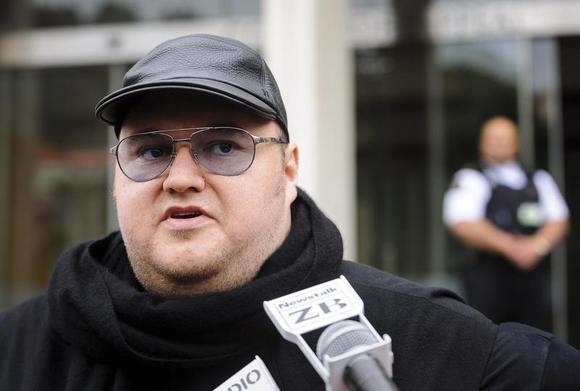 Megaupload founder Kim Dotcom talks to members of the media outside the New Zealand Court of Appeals in Wellington September 20, 2012.

Megaupload, which U.S. authorities shuttered in 2012, facilitated a “massive copyright infringement of movies and television shows,” according to a statement issued by the Motion Picture Association of America on Monday.

“Megaupload wasn’t a cloud storage service at all, it was an unlawful hub for mass distribution,” Steven Fabrizio, an attorney for the MPAA, said in the statement.

Dotcom says Megaupload was merely an online warehouse and should not be held accountable if stored content was obtained illegally.

Monday’s lawsuit, filed in U.S. District Court for the Eastern District of Virginia, said Dotcom and other defendants “profited handsomely” by providing thousands of copyrighted works over the Internet to millions of Megaupload users without authorization or license.

Commenting on Twitter on Monday, Dotcom said U.S. authorities “probably demanded” that the studios file the lawsuit “because they initiated this … Hollywood science fiction script of a case. Embarrassing.”

The lawsuit is seeking unspecified damages as well as attorney’s fees. It claims the studios are entitled to Megaupload’s profits and up to $150,000 per infringement.

The lawsuit comes as Dotcom is fighting a bid by U.S. authorities to extradite him from New Zealand to face online piracy charges over the now-closed website. He is also known as Kim Schmitz and Kim Tim Jim Vestor, according to the lawsuit.

Dotcom’s U.S. attorney Ira Rothken said that Monday’s suit was a way for the country’s film industry to go after Megaupload if the U.S. Department of Justice fails to extradite Dotcom and his colleagues to the United States from New Zealand. An extradition hearing is scheduled for July.

“The MPAA wants to have cover if the Department of Justice fails in the extradition and the criminal case.”

Meanwhile, the legal storm has not stopped Dotcom, a German national with New Zealand residency, from delving into politics, launching a party last month to contest New Zealand’s general election in September. 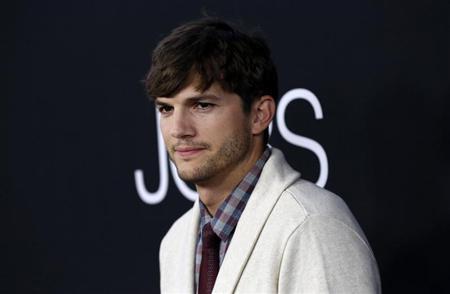 NEW YORK (Reuters) – Ashton Kutcher and Jon Cryer, the stars of the CBS comedy “Two and a Half Men,” are the highest paid actors on U.S. television with estimated earnings topping $20 million each, Forbes magazine said on Tuesday.

Kutcher, the 35-year-old actor who replaced Charlie Sheen after his ouster from the hit TV show in 2011, topped the list for the second consecutive year with $24 million, but Cryer was not far behind with $21 million.

Their 19-year-old co-star on the show, Angus T. Jones, came in seventh place on the annual list that estimates earnings for the 12 months from June 2012-2013. Jones made about $11 million.

“TV’s highest-paid actor is laughing all the way to the bank since replacing Sheen on ‘Two and a Half Men’ after the troubled star’s 2011 flameout,” said Forbes, adding that Kutcher is also an investor in technology companies.

Comedian Ray Romano, whose show “Everybody Loves Raymond” ended eight years ago, placed third on the list with $16 million, most of which comes from syndication of the CBS comedy series.

Neil Patrick Harris of CBS comedy “How I Met Your Mother” debuted on the list, sharing the No. 4 spot with Mark Harmon of CBS crime drama “NCIS” at $15 million. Patrick Dempsey of ABC comedy “Grey’s Anatomy” rounded out the top five with income of $13 million.

Sheen, once the top male earner on TV who now appears in the FX network sitcom “Anger Management,” captured the No. 10 spot with earnings of $10 million.

Forbes compiled the list by talking to producers, agents, managers and other insiders to estimate earnings from entertainment-related sources before taxes and expenses.