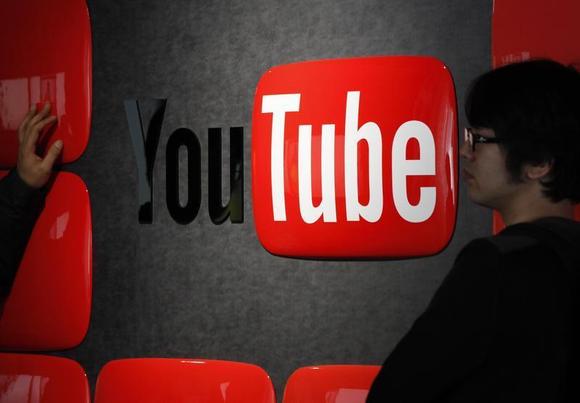 Visitors stand in front of a logo of YouTube at the YouTube Space Tokyo, operated by Google, in Tokyo February 14, 2013.

SAN FRANCISCO (Reuters) – To imagine how YouTube might one day become a money-spinner for content producers, consider the power of the irreverent video gamer and online star PewDiePie over his young, free-spending audience.

Each time the wildly popular YouTube impresario has donned Razer headphones in one of the many zany videos that feature him playing games, the product has sold out.

PewDiePie, who is not paid to endorse the brand, “really helped us in terms of getting traction on a much larger audience,” said Min-Liang Tan, chief executive of San Diego-based Razer, which makes gaming hardware. “It’s incredible that YouTube personalities are coming up … and I think it can only grow.”

PewDiePie’s uncanny trendsetting talent highlights the potential that content related to video games holds for Google Inc as it looks for ways to build its YouTube video platform into a powerful new revenue stream.

Advertisers and media companies are indeed already placing big bets on the likes of PewDiePie and others creating gaming-related content in a bid for the prime but underserved audience of 18- to 34-year-olds that devour video games.

Just last week Walt Disney Co agreed to fork over as much as $950 million to buy Maker Studios, one of YouTube’s largest production and distribution networks. PewDiePie, whose real name is Felix Kjellberg, is Maker’s biggest star.

The success of the 24-year-old, with his profanity laced improvisational videos, matches the explosive growth of video-game-based channels on YouTube. His channel has more than 25 million subscribers who can view his content for free, more than Beyonce’s and President Barack Obama’s channels combined.

Video gamers, who spent more than $70 billion last year on hardware and software, have gravitated to YouTube. Two of the 10 most-subscribed channels and four of the most-viewed channels on YouTube are gaming channels, according to Zefr, an online video marketing and rights management company based in California.

Meanwhile, online video production outfits such as Maker have grown into million-dollar operations over the past couple of years. Lingering questions about their profitability have not deterred investors.

How Disney monetizes Maker’s online video network and whether the deal would affect the prospects of PewDiePie and other content creators remain to be seen.

But gaming content on YouTube – anything from reviews and video of gameplay to unboxing of hardware – is undoubtedly drawing a disproportionate number of eyeballs, given Zefr’s assessment. This has sponsors and potential buyers excited.

Subscriptions across YouTube’s hundreds of video game channels tripled in 2013 from 2012, according to Erica Larson, head of industry, media and entertainment-gaming at YouTube. Some of the more popular content makers rake in six-figure annual revenues, she said.

Google, which bought YouTube in 2006, is now aiming to attract advertising dollars by bringing slickly produced content to a platform that once featured mostly amateur videos. Gaming is a bright spot in that effort.

YouTube, one of Google’s most prized assets, has been slow to monetize. As traditional online advertising matures, the search giant is exploring new ad models to generate revenue. Online video advertising is considered one of the most promising sources of future growth for Internet companies.

Google has started to woo marketers as it seeks a bigger slice of television ad budgets for YouTube. For instance, it has begun offering audience guarantees to advertisers and reserved ad slots on some of its most popular videos in exchange for spending commitments, as first reported in the Wall Street Journal on Monday.

Social Blade, a YouTube analytics firm, estimates that ad revenue on popular gaming channels ranges from about 60 cents to $5 per thousand ad views. Based on a channel’s popularity, videos can get thousands to millions of views.

Social Blade estimates PewDiePie’s 2013 revenue to be anywhere from $1.6 million to $16.1 million, a range that illustrates the difficulty of independently determining YouTube revenue. The gamer did not respond to requests for comment but has dismissed the estimate on Twitter without disclosing details.

YouTube and outfits like Maker take an undisclosed cut of the revenue. Most content makers “are making money through ads, but some are working with game companies on creating content for them,” YouTube’s Larson said.

Graham’s first video, inspired by the shadowy world of Ubisoft’s “Assassin’s Creed” game, featured a parkour artist leaping over and around obstacles in an urban landscape, dressed in the distinctive getup of the game’s protagonist.

The video attracted 13 million views in its first three months after it was posted and is close to more than 33 million views to date. Ubisoft took notice of its popularity and partnered with Graham to make more videos.

Graham, who dropped out of college three years ago to build a YouTube video production company with partners such as PepsiCo and Ford Motor Co, declined to disclose his revenue but said product placements, selling video footage and advertising revenue help him turn a profit.

“These people … are considered by their subscribers, many of them, as tastemakers. And that introduction ends up being incredibly valuable word of mouth,” he told Reuters.

For now, it’s a challenge to pin down in dollars and cents how companies benefit from such tie-ups, or the value of the gaming audience. But it’s clear that gaming is among the top genres where YouTube’s audience is concentrated.

The 700,000 YouTube videos on “Grand Theft Auto V” have collectively attracted more than 5 billion views, according to Zefr, which helps clients like Hasbro Inc and Adidas AG discover influential channels and personalities.

In a nod to online video’s persuasive power, big brands that once worked ceaselessly to identify and take down copyright-infringing videos are now open to working with grassroots content makers, Zefr co-founder Zach James said.

Some publishers allow the independents to use copyrighted intellectual property and give them resources to produce videos. Often the publishers will run ads in the videos or ask the content producers to include links to game trailers, Graham explained. 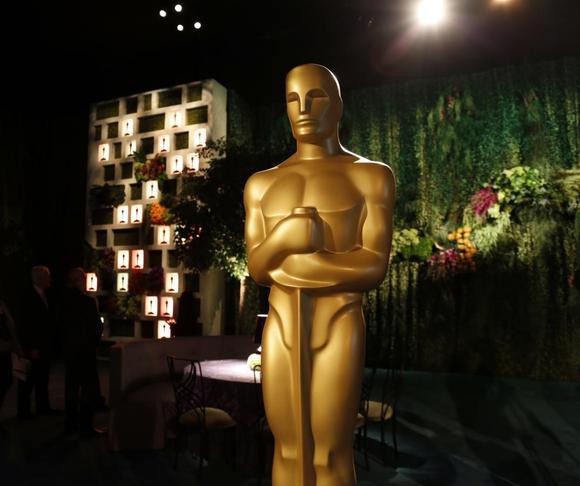 A large Oscar statue is seen in the Dolby Ballroom during the 86th Oscars Governors Ball press preview in Hollywood, California February 20, 2014.

LOS ANGELES (Reuters) – Joe Newcomb, a failed minor league baseball player who struck it rich as a Texas chemical trader, will be among those crossing their fingers in the Dolby Theatre audience on March 2 when the Academy Awards are handed out.

Newcomb financed scrappy best picture Oscar contender “Dallas Buyers Club.” In the category of film financiers, he’ll be joined by Oracle chief executive Larry Ellison’s daughter Megan, who provided funds for “American Hustle” and “Her,” by “12 Years a Slave” backer Bill Pohlad, whose family owns the Minnesota Twins baseball team, and financiers who assembled investors in Asia and the Middle East to back “The Wolf of Wall Street.”

There have always been oil men and others eager to invest in Hollywood, the last few years indicate they are playing an increasingly important role in financing Oscar contenders.

Five of the nine films nominated for best picture this year made it to the big screen with the help of investors who are outside the Hollywood studios. It’s a trend that’s intensified in recent years, as studios try to reduce their risk in making films.

“The studios’ business model no longer accommodates a lot of pictures that strive for the type of critical success that would support an Oscar campaign,” said Steven Prough, managing director of investment banking firm Salem Partners.

“They want films that have a higher likelihood of appeal to worldwide audiences, which is generated by large budgets and special effects.”

Pohlad and Ellison have been among the hopefuls before. Ellison financed last year’s Oscar nominee “Zero Dark Thirty,” while Pohlad backed 2006 contender “Brokeback Mountain” and “The Tree of Life,” which was nominated in 2012.

Ellison’s Annapurna Pictures emerged as the hot new player in Hollywood in the last few years, and not only for her check book, but also because of her willingness to take risks and support directors.

Ellison “just really believed in us and stood fast by us on a project that may have scared many other people,” said “American Hustle” director David O. Russell. “She really trusted her own instincts, and I’m forever indebted to her for that.”

Newcomb came to the rescue of the team making “Dallas Buyers Club,” and stepped in when the original investors left the project three days before shooting was set to begin. A delay would mean the film would lose its star, Matthew McConaughey, who was scheduled to begin shooting for the HBO drama “True Detective,” said Newcomb.

The one-time minor league pitcher heard about the film when he was in Los Angeles with his friend and neighbor, Chicago White Sox slugger Adam Dunn, discussing an investment in a new “Major League” movie with actor Charlie Sheen, Newcomb said.

After reading the “Buyers Club” script, the Woodlands, Texas, businessman said he whipped out his American Express black card to help the film get started, then began contacting friends in the oil and natural gas business.

His Truth Entertainment put together $1.6 million from the investors, Newcomb says. The film also got a $1 million tax credit from Louisiana and financed the remaining $3 million.

“It’s fun, but it’s also a great alternative investment for someone who wants more than they can get from the stock market or a financial institution,” said Newcomb, who offered his investors a 20 percent return on their money.

They’ll soon get their money back plus the return, he said. The film is being distributed by Focus Features, a unit of Comcast’s NBC Universal group, and has collected more than $24 million in domestic ticket sales, according to Box Office Mojo.

“After that they’ll be getting mailbox money,” Newcomb said, by cashing checks in the future as the film continues to generate revenues as it plays on TV and is sold on DVD sales and online streaming.

Red Granite, a three-year-old Los Angeles-based film finance and production company, may not be sharing nearly as many profits for the film, “The Wolf of Wall Street.” The firm raised the equity for director Martin Scorsese’s film, which has a $100 million budget, from wealthy investors in the Middle East and Asia.

“The Wolf of Wall Street” is nominated for five Oscars, including for its stars Leonardo DiCaprio and Jonah Hill. It has ticket sales of more than $336 million worldwide, about half of which goes to theaters. Fees are also paid to Viacom’s Paramount Pictures, which distributed the film in the U.S. and some foreign territories.

But even those who leave the Dolby Theatre without a statue won’t necessarily feel like losers, said Amir Malin, the former CEO of studio Artisan Entertainment and the managing principal of media investment firm Qualia Capital.

“Intangibles, primarily the sexiness and glitz of the business,” said Malin, “matter far more than investors are willing to let on.”