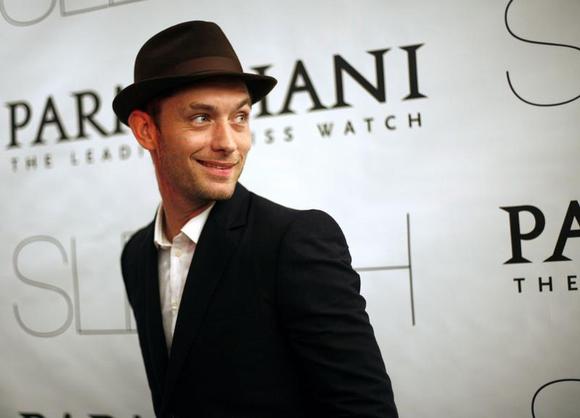 LONDON (Reuters) – Film star Jude Law told Britain’s phone-hacking trial on Monday that reporters and photographers used to hound him and that they even appeared at events he had organized secretly for his children.

“I became aware I was turning up at places having arranged to go there secretly and the media would already be there,” said Law, who is currently appearing on stage in London’s West End in a production of Shakespeare’s “Henry V”.

The jury was told that voicemail messages from Law had been found at the home of Glenn Mulcaire, a private investigator for tabloid newspaper the News of the World.

Law, 41, is the most high-profile figure to give evidence for the prosecution at the trial of two former Rupert Murdoch editors on charges of phone-hacking, which began at the end of October last year and is due to last until May.

Smartly dressed in a grey suit, Law said press attention in his private life had increased significantly after he was nominated for an Oscar for “The Talented Mr Ripley” in 2001 and split from his then wife Sadie Frost.

He told London’s Old Bailey court that packs of photographers would regularly appear when he was out with his children.

Former News of the World editors Rebekah Brooks and Andy Coulson are on trial accused of conspiring to illegally intercept voicemail messages on mobile phones.

They are also accused of authorizing illegal payments to public officials while Brooks faces charges of perverting the course of justice by attempting to conceal evidence from police.

Brooks, Coulson and five others deny all the charges. 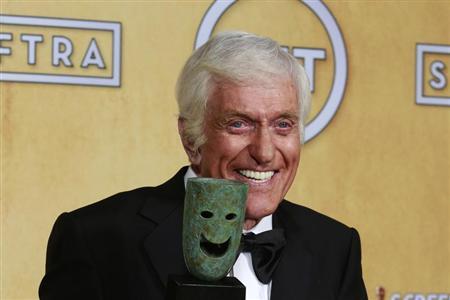 By Steve Gorman and Eric Kelsey

LOS ANGELES (Reuters) – Veteran actor Dick Van Dyke, best known for his hit television comedy of the 1960s, survived a car fire unscathed on Monday when a passerby pulled him from the smoldering vehicle before it burst into flames on the side of a Los Angeles-area freeway.

A spokesman for the California Highway Patrol confirmed that the 87-year-old performer was the driver seen slumped over the steering wheel of a Jaguar that was reported to be on fire on the shoulder of the Ventura Freeway.

Van Dyke said a group of motorists who stopped to render assistance, one of them apparently an off-duty firefighter, saw him huddled in the driver’s seat while he was trying to place a call for help and pulled him out of the car to safety.

“They thought I had passed out so they yanked me out of the car,” Van Dyke recounted in an interview with the celebrity news website TMZ.com, saying he had not initially realized that his car was burning.

“It just started making a noise, and I thought I had a flat at first, then it started to smoke, then it burned to a crisp,” he said smiling. He added that he was unhurt and got out of the vehicle “long before” it went up in flames.

Still, he counted himself lucky to be alive.

“Not only that, there was a fireman, a nurse and a cop just happened to be passing by. Somebody’s looking after me.”

The actor’s publicist, Bob Palmer, said the car, a “brand new” Jaguar, inexplicably caught fire after Van Dyke heard an unusual noise while driving and pulled over to the shoulder of the freeway.

He quoted Van Dyke, who had been on his way to a dental appointment, saying afterward, “The only thing I’m embarrassed about is that I could never figure out that damned car.”

Firefighters were “quickly able to extinguish the flames and evaluate the driver’s medical condition. He did not require transport to a medical facility,” Los Angeles city fire department spokesman Erik Scott said.

Palmer said the actor was back at his home and was fine.

A six-second video clip posted on Twitter by Van Dyke’s wife, Arlene, showed the performer’s charred vehicle on the freeway and a brief glimpse of the actor talking to officials at the scene. Van Dyke appeared unharmed in the video clip.

The tall, lanky actor, whose air of affability and gift for physical comedy helped make “The Dick Van Dyke Show” one of the most beloved sitcoms in U.S. television history, received a lifetime achievement award from the Screen Actors Guild in January.

The sitcom, co-starring Mary Tyler Moore as his wife, ran on CBS from the fall of 1961 to the fall of 1966 and continued on in syndicated reruns for decades. His role as the comedy writer and family man Rob Petrie, earned him three Emmy awards.

Van Dyke also starred in the family musical movies “Mary Poppins” and “Chitty Chitty Bang Bang,” and the original Broadway cast of the Tony-winning musical “Bye Bye Birdie.” He reprised his stage role for a 1963 film version of that show.

He scored another prime-time hit with the crime drama “Diagnosis Murder” in the 1990s and early 2000s.